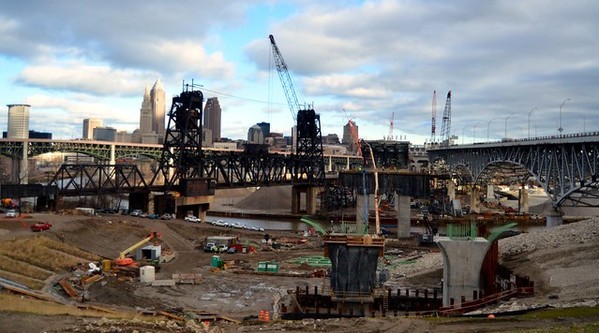 The Ohio Department of Transportation (ODOT) proposed a new I-90 interchange configuration in the City of Cleveland to increase traffic flow and safety. The plan contemplated closing several on- and off-ramps in the heart of the City. Several organizations operating in the affected areas expressed concern over how the plan may negatively impact economic development. Silverlode conducted a comprehensive economic impact study of the proposed interchange configurations.

Silverlode and D.B. Hartt developed a new methodology to assess the potential economic outcomes associated with the alternate ramp configuration scenarios. This was a complex task that had not been attempted previously and required expertise in economic modeling, creative problem solving, and extensive interviews with key stakeholders. The politically-charged and public nature of the study mandated that it be quantitatively flawless. The analysis was accepted by all the affected organizations and helped to win key support for the project.

Silverlode’s second economic impact study for the Ohio Department of Transportation (ODOT) involved similar analyses of a proposed a new I-90 interchange west of Cleveland. Silverlode’s assessment of the economic impacts of the proposed highway interchange ultimately helped this politically charged and complex project win necessary approvals and be constructed.